Love is in the air


Sydney, Aalborg, London, Singapore, Paris and many more… We have travelled the world over the last few years to visit festivals, shows, events and parties.

As usual we have stepped it up a notch and tried to do as much as we possibly can. From the launch of our new ‘Aurora’ to our brand new outfit, we are ready for more!

We want to give you a small insight in what we have been up to, what our new plans are, and perhaps what we can do for you this season!

We have visited many cities over the last decade, but still we try to expand our horizon. New countries, new places and new venues. For you, we have selected a few which have been special to us. 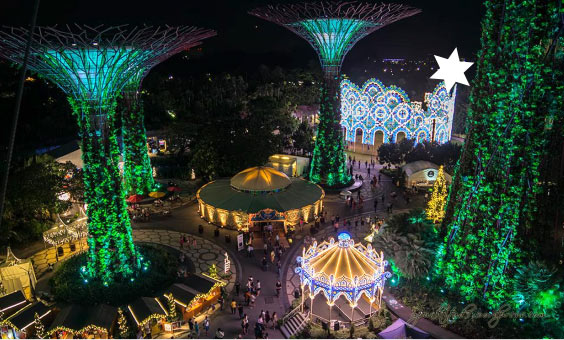 Singapore is one city we hadn’t visited before, so we were excited to be asked to build for Winter Wonderland at the Gardens by the Bay. A little out of habit, but nevertheless curious to discover what a new city has to offer.

Overwhelmed by the people, atmosphere and the literally ‘warm’ Christmas feeling we felt as if the Idolize was built for Singapore. It fitted in perfectly with the lights, arts and joyful surroundings that were created in the park.

Building spiegeltents far abroad has become a speciality of Van Rosmalen over the years. Hopefully we can keep on building in ‘new’ places, because we aren’t done yet discovering the world! 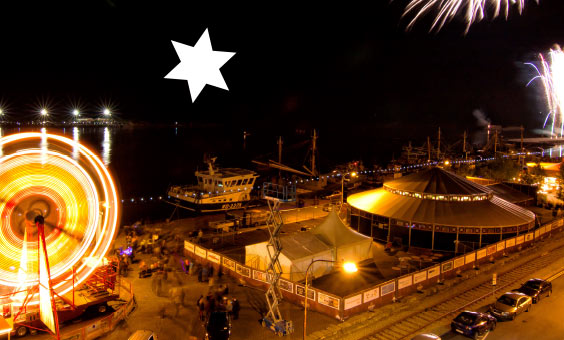 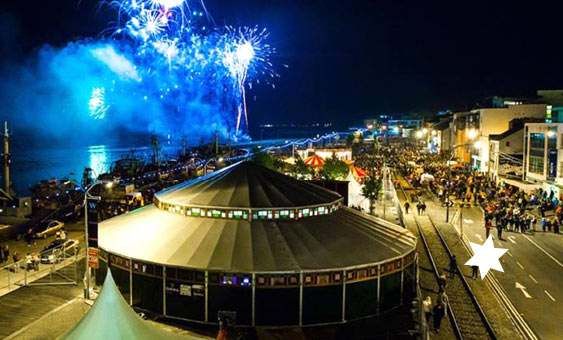 What’s so special about Ireland? Well… it gave our spiegeltents their own festival. With Lantern Events to thank for it, the Wexford spiegeltent festival has a special place in our hearts.

‘From its inaugural year in 2012, the Spiegeltent Festival Wexford has grown to be one of the biggest and most successful multi-genre festivals in Ireland. Set in the beautiful surroundings of the Aurora and Deluxe Spiegeltents, the Festival has a unique and enticing atmosphere, blending the Old World feel of the Spiegeltents with the best in popular entertainment.’ (wexfordspiegeltent.com)

Proud is the world that says it all. We have been in the business for a while now, but some things remain special even for us. In 2014 the world renown magazine ‘world of interiors’ asked for an interview about the ‘Romantiek’.

Our oldest (and to some best looking) spiegeltent attracted the attention from one of the writers of the magazine during a wedding in the north of England. Curious about the story behind the ‘feel’ of the tent, he came to the Netherlands to do a photo-shoot and interview.
A story that covered most of the history behind our nostalgic tents was the result. Hopefully it lets even more people realize the beauty and charm of the spiegeltent, we are surely proud of it!

Perhaps the best show we have had the pleasure of working with until now. Limbo has made the Paradiso the spiegeltent Madonna visited twice! (thanks Scott).

Whether it is in London or Australia, Strut ‘n Fret knows how to put up a show! As the show continues, we continue to follow them around the world. Bringing a lot of attention to perhaps our ‘most famous’ tent of all: the Paradiso.

In our opinion the show delivers everything you need. It brings entertainment of the highest level together with the warm atmosphere of a spiegeltent: a combination which was meant to be!

The latest addition to our range of spiegeltents is called Aurora. Named after a sunrise, it honours that name with its golden façade.

Being released at Leicester Square for West End Live, the Aurora has had a relatively quiet start to a what surely will become an interesting life. It brings entertainment of the highest level together with the warm atmosphere of a spiegeltent: a combination which was meant to be!