The Show Must Go On

Did you miss us?


Unfortunately due to unexpected forgetfulness at the office, we have never sent our summer news! By the time we found out, it was halfway through October, and we decided to leave our stories for the new year.

Time to look back to what can be best described as a hectic season, travelling back and forth through Europe, delivering happiness along the way. Lots of interesting stories to share, so it will be hard to pick! Apart from that, we would like to look forward to 2017. If the rest of the year is going to be anything like the first months, we are in for a crazy ride…

If the rest of the year is going to be anything like the first month, we are in for a crazy ride… 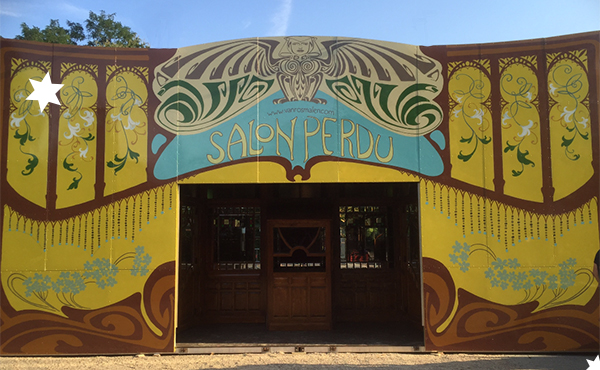 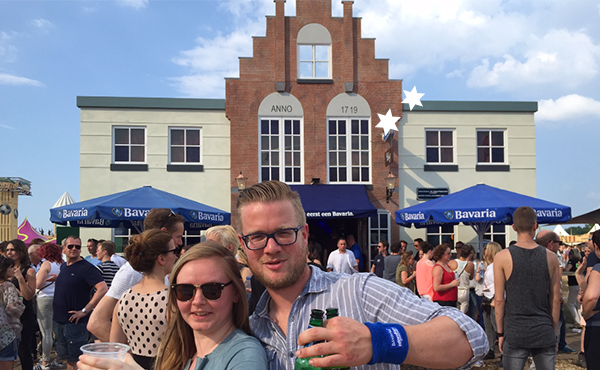 Nothing beats the feeling of a cold beer after a hard day’s work, especially if you are a spiegeltent builder. Therefore it is no more than logical to join forces with a Dutch beer brand for the festival summer!


Bavaria had approached us to be a part of their new marketing concept. Their idea was to create their own pub at the Dutch festivals. Imagine yourself at a modern day festival, stumbling upon a traditional bar, with quality personnel, quality glasses, and of course quality beer. Not something you see every day… In order to do so, they requested there ‘own’ façade, so we created one.

Bigger, taller, and more realistic than most of our previous façades, this project was a challenge for us. To build and design for somebody else is not something we normally do, but we made an exception. And one we are proud off. ‘Café de Kroeg’ visited five different festivals over the summer, and had a lot of positive reviews. We are happy she is coming back for one last time this year. So please come and enjoy a beer with us, or as the people from Bavaria say: ‘Welcome to the family’. 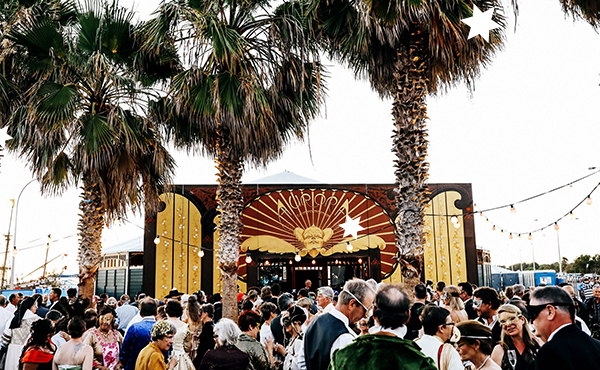 Many years ago, the first Dutch explorers set foot on Australian shores. Mostly only to leave again, since Australian desert isn’t a very profitable place to grow spices. Nevertheless, we mapped out great parts of the Australian coast, including inspiring places like Tasmania, Denham, and Shark Bay.


Why this undoubtedly very interesting history lesson? Well 2016 happened to be exactly 400 years after the Dutch explorer Dirk Hartog discovered the Dirk Hartog Island, at the Australian west coast. Although Dirk never actually set foot on shore (one look at the deserted sandy beaches was enough), it was still a reason for the kind people in Denham to celebrate.

Dirk might have sailed on, we definitely didn’t. We shipped our Aurora spiegeltent for a week-long celebration together with Strut & Fret. The city never saw it coming, but the Strut & Fret circus created a party they will remember for the rest of their lives. 17th century explorer ships, the pyrophone juggernaut, open air concerts, 17th century balls, and most important: three genuine Dutch spiegeltent builders!

Although perhaps Denham isn’t the most touristic place if you don’t surf, we still had a great time. We have explored deserted deserts, canoed open seas, fed dolphins, and felt like old-school explorers. Combined with thrilling karaoke nights (thanks to karaoke Steve, legend), lawn bowling, a little bit of work, and helicopter rides, we survived two weeks in the Australian desert. A special thanks to Geoffrey Masters, who made this all happen, and all the others at Strut & Fret, for organizing our company holiday! 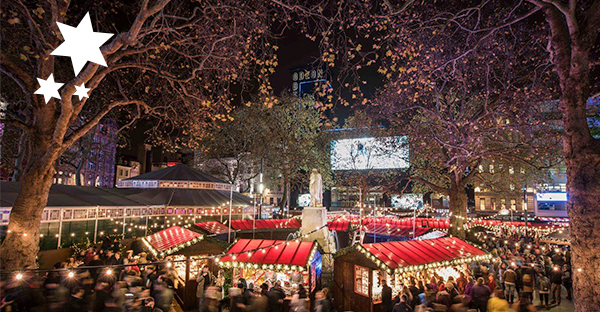 London has become part of us. Throughout 2016, we never completely left the city, at least not for long. Most of our spiegeltents have visited, from the Idolize, to the Paradiso. But for the first time ever, we ended the season in the heart of London.


Our Paradiso has been part of Underbelly’s London Wonderground for the past five years. We are proud she spends her summers in Central London, being part of an amazing event. We can only imagine how many people have seen her over the past years, and how many shows she has welcomed. The Wonderground has truly made the Paradiso famous, and we are glad it did.

This year, Underbelly launched a new event called ‘Christmas in Leicester Square’. It transformed the centre of bustling London into a wonderland including traditional Christmas markets with hand-crafted goods and delicious food and drinks, plus the return of theatrical smash-hit sensation, La Soirée, for an 8 week run at this new location.

We could only just fit our double extended Paradiso at the square, but she looked incredible. An impressive 40 meter long spiegeltent, at one of the most iconic squares in London. We have visited the event ourselves, and it made all of us proud. We hope to be back here next year, and will surely visit again.

At the moment we temporarily left London, but will definitely be back soon! 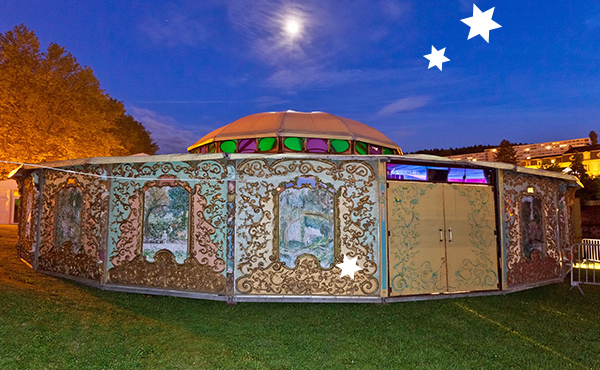